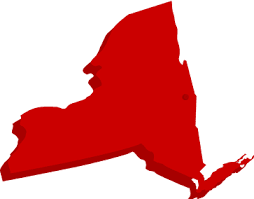 These are bills that all the major tenant advocacy groups in New York City want passed in the New York State legislative session beginning January 2015.  The rent laws expire in June 2015.   Support these protections by writing to Governor Cuomo and Assembly .  And join a tenant group that's fighting to keep all our homes affordable.  (You can also email Gov. Cuomo  or Speaker Heastie.)

Repeal vacancy deregulation & re-regulate many apartments
2015 bill numbers: A1865 (Rosenthal) S4474 (Stewart-Cousins)
This bill would stop letting landlords remove vacant apartments from rent regulation by claiming the rent legally is $2,500 or more. Over 400,000 apartments have been taken out of rent regulation since 1994 under this law.  And without rent regulation, rents can rise indefinitely, and tenants lose protection against reduced services and eviction. The bill also re-regulates most of the apartments that were deregulated in the last 15 years.

Protect former Mitchell-Lama & Section 8 Tenants
A344 (Rosenthal et al.)
Provides for rent stabilization coverage for all Mitchell-Lama and project-based Section 8 buildings that leave or have left government supervision, regardless of when constructed or first occupied. The bill further prohibits landlords from seeking rent increases for “unique or peculiar circumstances.” This is the only bill with rent protections for post-1973 buildings that have already left government supervision and did not then become rent regulated.

Help Rent controlled tenants: A398 (Rosenthal)
This bill would end the annual 7.5% rent increases and bring the increases for rent controlled tenants in line with typical rent stabilized adjustments.  (Last year it was just 1% for rent stabilized tenants renewing for one year.)   The bill would replace the 7.5% rent increase with a rolling average of the past five years’ New York City RGB rent adjustments for one year leases on class A apartments.  This bill would also stop tenants having to pay for any increases in fuel and labor costs - on top of their regular rents, since fuel and labor costs are already factored into the Rent Guidelines Board's annual deliberations for rent adjustments.

Eliminate the “vacancy bonus”: S951 (Serrano)/ A5567 (Kavanagh)
This bill would eliminate the statutory vacancy allowance, an automatic rent increase of up to 20% that landlords can use to raise rents every time the apartment is vacated and then re-rented.

Make MCI (Major Capital Improvement) rent increases temporary: S4423 (Krueger)/ A6054 (Kavanagh)
When an owner does work that benefits a whole building, that is a "Major Capital Improvement" (MCI).  The owner can ask the state housing agency for a rent increase to cover his costs.  But under the existing law, that rent increase is permanent even long after his costs are paid. This bill would turn Major Capital Improvement rent increases into temporary surcharges, rather than permanent additions to the rent. When a building-wide improvement is paid off, the surcharge would disappear. MCI rent increases would not be compounded into the monthly rent for the purposes of determining rent increases when tenants renew their leases. The bill would also standardize the cap on MCI payments, so no tenant could be charged more than 6% of the total rent (above whatever the lease says or the Rent Guidelines Board orders) in a given year. Today rent controlled tenants can be charged up to 15% of their rent for each MCI, while rent stabilized tenants have a 6% cap.


End Source of Income Discrimination: S151 (Squadron)
In New York City, it is illegal for landlords to deny tenancy to people who pay their rent using Section 8 vouchers or any other forms of rental assistance.  This bill would make it illegal throughout New York State.


Closes loophole that lets landlords can take “one or more” apartments for use by the landlord or a family member. Landlords have used this mechanism to empty entire buildings. This bill limits recovery to one apartment, and requires the landlord to demonstrate “immediate and compelling necessity” as in NYC rent control and suburban rent laws. Passed Assembly 6/19/2013 95-48 & 5/13/2014 87-41.


Reforms the four rent guidelines boards in NYC and the three suburban counties (a system originally designed by the real estate industry itself) to level the playing field and give tenants at least a chance of fair rent adjustments. Among the most important changes is to expand the required qualifications for public members of the boards. Passed Assembly 6/18/2013 101-40 & 5/12/2014 89-43.
___________________

Support these protections by writing to Governor Cuomo and Assembly Speaker Sheldon Silver.  And join a tenant group that's fighting to keep all our homes affordable.